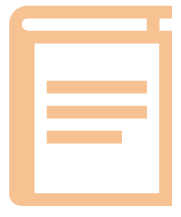 Find a course with IoC

Curious about coding? Ready for a degree? Aiming for a promotion? Our network of employers & educators have co-designed a range of industry-inspired courses.

Undergraduate courses related to: Computing & IT

Introduction to computing and information technology 2

This module builds on Introduction to computing and information technology 1 (TM111) and prepares you for further study of computing and IT modules. 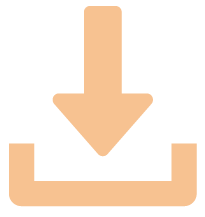 Free learning resources are core to our social mission, but we are also aware that the return on investment in this area is a very important by-product in terms of reputation building, brand recognition, new market opportunities, technology innovation, partnership formation and, most significantly triggering new student registrations. We have aligned the systems that we use for core student provision with those for our public OER provision. Therefore, as we invest and develop our student systems, the public systems also benefit (and vice versa). We aim to ensure this mutual benefit approach is also applied in our work in developing and delivering systems to support others in free learning. We are also keen to ensure that any software or hardware systems have support communities that will remain at available, affordable, at scale and resilient. 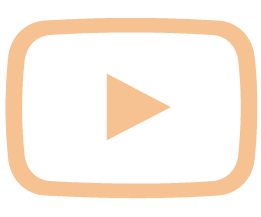 new study released yesterday by the Department for Education and Institute of Fiscal Studies has analysed what getting a degree means for both men and women from particular universities. The data was sourced from an analysis of salaries at the age of 29. The study found that women who study maths at Oxford and men studying economics at Bristol get the biggest increase in earnings from going to university. Source: The Commentator

A group of people on the Civil Service Fast Stream development programme have built an online tool to teach their fellow government employees to code. The Learn to code site – which is currently in open beta phase – has been constructed as a step-by-step service, and currently covers six different modules: getting started; learning how the web works; building webpages; adding interactivity; web services; and databases. Source: Public Technology.net

Google, Microsoft and IBM join the Institute of Coding’s Industry Advisory Board

Execs from 18 organisations will inform the £20m government-backed group’s mission to boost digital skills. "With UK companies crying out for digitally-adept graduates with high levels of technical proficiency, the board will help communicate specific requirements to ensure the next generation are equipped with the skills they need to thrive in the workplace." Source: IT Pro

The Open University in Milton Keynes is at the heart of a £40 million drive by the Government to help train more computer scientists. It is leading one of the five main themes – on university learners – being addressed at the new Institute of Coding. Source: Business Weekly

John Domingue – The Future of Education

Professor John Domingue, Director of the OU’s Knowledge Media Institute, discusses developments in technology which he sees impacting on education in the long and short term as part of our ‘future of education’ campaign.

The education system should not be expected to 'anticipate the range of specialist skills' needed in 20 years time. Developing children’s interest in Stem subjects and increasing apprenticeships is vital for addressing the UK’s “alarming” cybersecurity skills gap, a major new report has said. Source: Tes. For teaching

Last January Prime Minister Theresa May pledged £20 million to the creation of an Institute of Coding that would train the next generation of digital specialists. Her government’s pledge of £20 million was matched with another £20 million from companies such as IBM, Microsoft and Cisco. At the time of the announcement, Universities Minister Sam Gyimah said: “A world-class pipeline of digital skills are essential to the UK’s ability to shape our future,” and that the “Institute of Coding will play a central role in this.” Source: CBR - Computer Business Review

According to a report by Tech Nation, over 50 percent of the UK's digital tech businesses say they are facing a shortage of skilled workers. What can we do about it? A new organisation, the Institute of Coding (IoC), plans to do something about it. ZDNet talked to the director of the Institute, Rachid Hourizi, to see where his organisation plans to begin. Source: ZDNet

Dr. Rachid Hourizi, director, Institute of Coding also commented saying: “These findings illustrate that data scientists and their associated digital skills are very much in demand, both in government and industry. Unfortunately, the fact remains that as a nation we are not producing the numbers of qualified candidates that we should be, a trend which must be reversed immediately.” Source: GR - The Global Recruiter

The Youngest Coders are Getting Older

With computing only added to the curriculum four years ago, how has this happened? Source: CBR - Computer Business Review

If Da Vinci were alive today, he would be learning to code says Decoded's Kathryn Parsons Source: Evening Standard

The Blockchain Revolution: Will Universities Use It, Or Abuse It?

Web 3.0 could revolutionise the way higher education is delivered, but will it be used as a force for good, asks Martin Hall