A pleasant and warm evening saw the Institute of Coding (IoC) from the House of Lords. The event, hosted by Baroness McGregor-Smith CBE, was attended by over 200 supporters from the senior management of major technology companies such as Amazon, ARM, BT, Cisco, IBM, Oracle, Raspberry Pi, Telefonica, a wide range of companies including Barclays, Channel 4, Deloitte, Goldman Sachs, Jaguar Land Rover, JP Morgan, John Lewis, Morgan Stanley, PwC, Santander, Tata, and governmental departments and organisations such as DVLA, HMRC, the Greater London Authority and the Office for Students.

After the 200 plus guests mingled discussing the hot issues associated with the teaching computing in the 21st century. The OU plays a leading role in the IoC leading the first Theme on University Learners and bringing to bear its extensive expertise in innovation teaching approaches, including learning analytics and blockchains and widening participation. Arosha Bandara (Head of the School of Computing and Communications), John Domingue (KMi’s Director) and Josie Fraser (Executive Dean for the STEM Faculty) attended on behalf of the OU.

This of course is just the beginning and we fully expect the IoC to impact on how topics such as Data Science, Cyber Security and Artificial Intelligence are taught in the future across the whole of the UK.

Institute of Coding @Institute of Coding Want to learn more about the FREE Your Digital Pathway course? Watch this introduction video featuring @Dr_Black from @TechUpWomen If you are interested, sign up before 29th June to secure your spot! https://t.co/r8gMOYphu1 #NeverStopLearning #ShortCourse @santanderuk

2 4
Institute of Coding @Institute of Coding Are you looking to start building your #DigitalSkills? Your Digital Pathway is a free, online, fully flexible, 8-hour course designed to help you get started. It's open until 29th June - apply now: https://t.co/lxGgmMqE3K @santanderuk @TechUpWomen #NeverStopLearning https://t.co/gR2OsERzfs 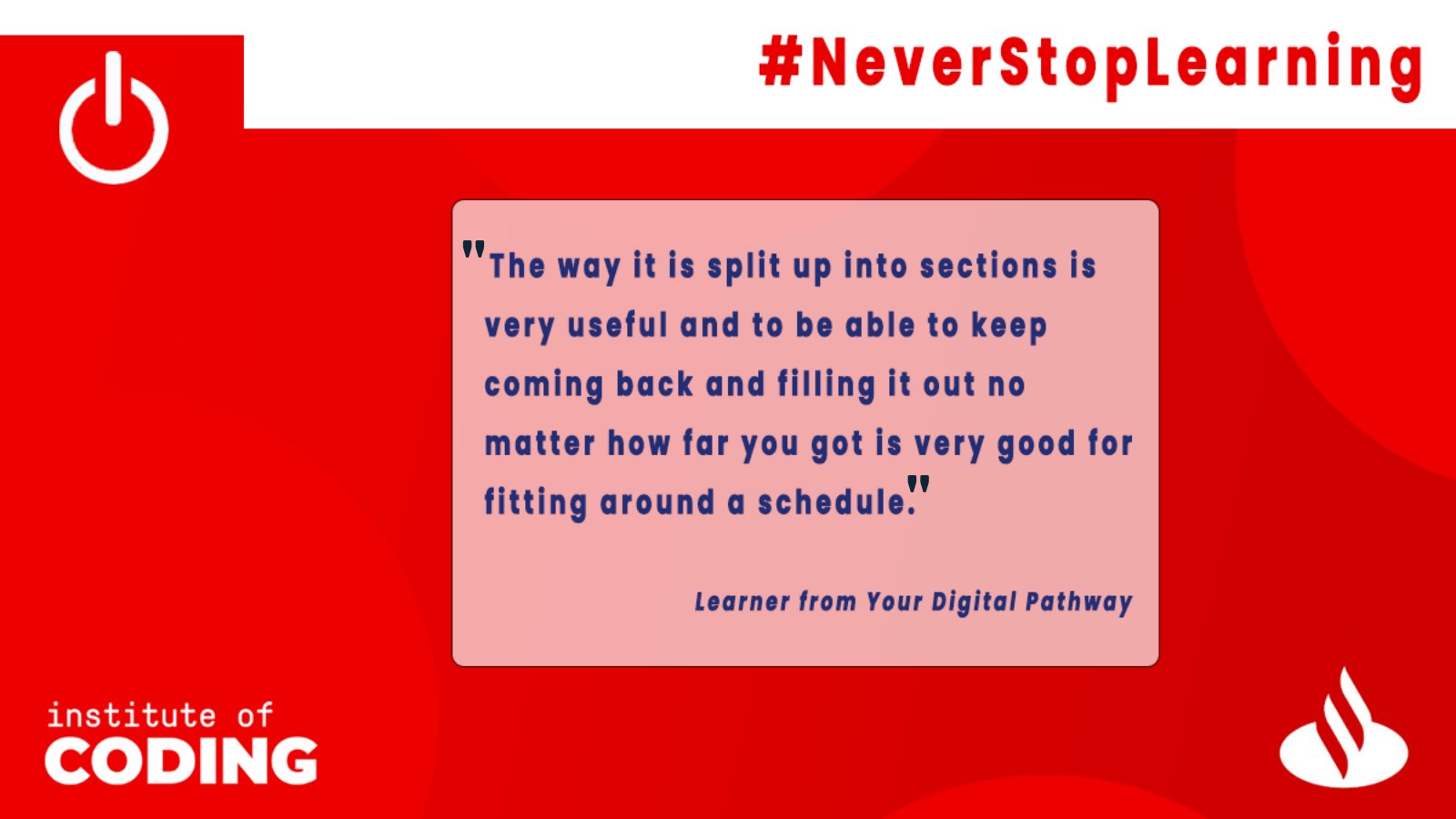